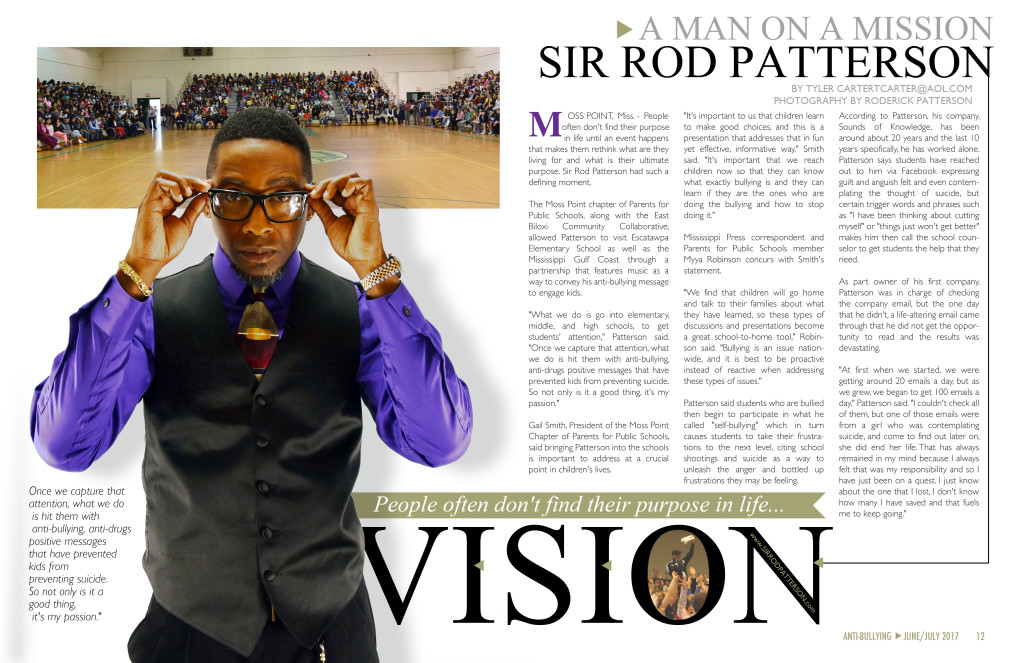 There is no man more fitting of the description “A Man On A Mission” than Roderick Patterson, aka Sir Rod. His positive outlook has awarded him tremendous success for many years. As a resident of Atlanta, GA, he has founded several organizations, such as the Sounds of  Knowledge, a school-touring company that visited local and regional schools, delivering positive messages to youth through the medium of music. Previously, Sir Rod headed one of the country’s largest school assembly companies, Diversity Showcase Assemblies, where he spearheaded efforts that touched more than a million children across the nation. He has also worked as an art director for So-So Def Recordings, as well as Georgia Perimeter College. As an entertainer, artist, motivational speaker and a new author, he believes his life to be a positive example to others, especially, young people.  Sir Rod, recently, founded Don’t Bully, Inc., which is a non-profit company that operates as a community organization dedicated to empowering underserved children and communities by delivering anti-bullying and anti-drug educational assembly programs.

Sir Rod Patterson is a professional speaker who is engaging, insightful, humorous, likable and will entertain and interact positively with your group. Sir Rod Patterson is available to speak locally, statewide, regional, nationwide and internationally. He is also available for television, radio, magazine interviews, keynote speaker or expert guest interviewees.